QUARTARARO IMPRESSES WITH THE SECOND VICTORY, BUT THE RACE DIRECTION DISQUALIFY HIM

The superb victory at Twin Ring Motegi by the MB Conveyors-Speed Up number twenty, Fabio Quartararo, was cancelled one hour from the victory celebration. The cause that forced the race direction to disqualify is the rear tyre pressure, lower than the minimum. As per regulation, the average pressure of the rear tyre cannot be lower than 1.40 bar during the 22 laps of the race and after the post-race technical checks the average tyre pressure was 1.38 bar. Before the start of the race, the tyre pressure was adjusted as stated by the procedure dictated by the technicians according to the conditions of the external temperature and the asphalt. The data will then be analysed to understand the cause of this unusual loss of pressure. Bad news that leaves everyone with a bitter taste, but that does not cancel the impressive performance of the young French.

On the other side of the box, Edgar Pons lost six positions at the start, but during the race, thanks to a good feeling with the Speed ​​Up bike, he managed to recover positions by crossing the finish line of the Japanese Grand Prix in twenty-fourth position.

The next round of the Moto2 class will be next weekend at the Australian Grand Prix, October 26th-28th. 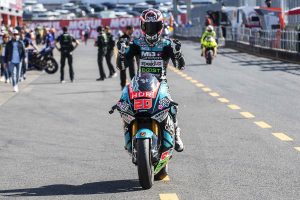 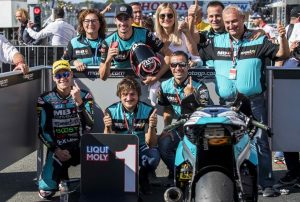 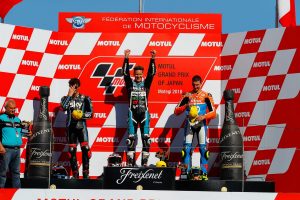 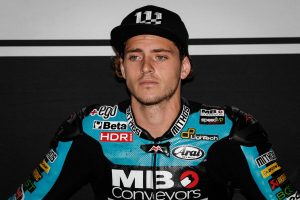 “I’m very sorry for what happened. It is hard to swallowed the disqualification, but I’m not fighting for the championship. I was competitive all the weekend, both in practice, in qualifying and then in the race. Regardless of tyre pressure, I know I’ve been competitive. I put the experience together and look forward, there are still three races left before the end of the season!”

“The race did not go as I expected. There are some things I have to improve. The first laps strongly influenced the race. The pace is there and also the speed, but when losing the starting positions it is difficult to recover in this category. I apologize to the team that is doing an impeccable job. I will continue to work to achieve better results already in the Australian Grand Prix”.