The last leg of the overseas grand prix of the World Championship Moto2 2018 has just ended at the Sepang International Circuit under the scorching Malaysian sun.

Fabio Quartararo crossed the finish line in fifth position, while Edgar Pons finished the race twentieth. When the lights went off, the MB Conveyors-Speed Up riders made a good start but both made a mistake at the first turn of the first lap losing several positions at the beginning of the race.

Quartararo, third on starting grid, unfortunately lost the top riders a few seconds from the start of the race. With determination attempted the comeback and lap after lap from P9 came fifth once again taking precious points that allow him to stay in the top ten of the World Championship standings.

On the other side of the garage, Edgar Pons lost ten positions on the first lap. The number 57 of the team didn’t lose the concentration and focused on a good race pace he closed the race twentieth. It was not the performance expected by rider and team, but it was in any case the confirmation of the progress achieved with the Speed Up bike in just four grand prix.

“The result is not bad, but it’s not what I expected. It was a difficult race, I started well but I made a mistake at the first TURN where I lost several positions. The pace of the race was good, especially after the fight with Fernandez in which I lost a lot of valuable recovery time. We could fight for the podium, but it went like this. Now we think on the last race in Valencia!” 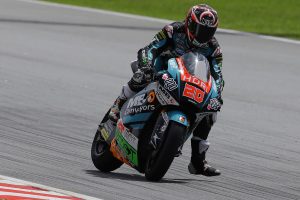 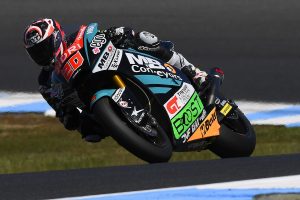 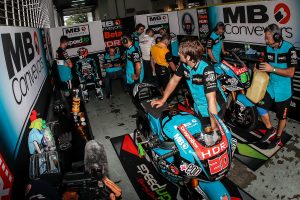 “A shame! I started well but then I made a mistake at the first turn in which I lost a lot of positions. Fortunately, no one has taken me from behind since I stopped in the middle of the turn. On the first lap I was twenty-ninth, then I started to ride with a good rhythm doing good laps and I was able to recover positions during the race. I’m sorry, we were working well and finally I had a good start. I’m looking forward to the Valencia GP, a circuit that I know very well. Thanks to the team for working so well and without respite”. 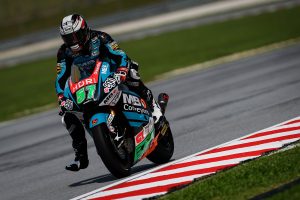 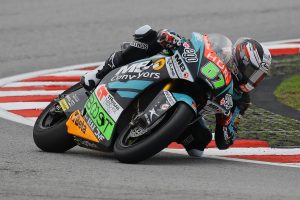