Solid 7th for Gulf Althea BMW and Baz at Assen

The Gulf Althea BMW Racing team has concluded the first race of the Superbike weekend at the historic TT circuit in Assen with a positive seventh place finish with rider Loris Baz. In the Stock1000 category, Italian rider Alessandro Delbianco has qualified eleventh for tomorrow’s race.

Superpole 1: Baz’s first lap was already quick enough to put him into first place, a position he held for almost the entire session. Having returned to the track mid-session with a fresh tyre, the Frenchman scored a best of 1’35.653 which was enough to secure him second place, and access to the subsequent Superpole2.
Superpole2: in this phase, a fastest time of 1’35.541, recorded in the final minutes with the qualifying tyre, meant Baz finished tenth overall, so a fourth row start for today’s first race of the weekend.

SBK – Race 1: from tenth on the grid, Loris earned one position in the early stages, going on to battle with both Savadori and Razgatlioglu. Able to pass both riders during the central part of the race, the Frenchman placed seventh on lap twelve, a position that – thanks also to a fast and consistent pace – he was able to retain all the way to the line. This result is Baz’s best of the season so far.

STK1000 Qualifying: eighth in the morning’s final free practice, Delbianco was back on track this afternoon for the all-important qualifying session. Working well with his team, the Italian made continuous progress throughout the 30-minute session. His best lap, set in a time of 1’38.425, came in the final minutes, thanks to which he closed in eleventh place. Alessandro will therefore start from the fourth row of the grid in tomorrow’s race.

“We had a great race today. I didn’t make the best start, but I was able to do well through the first turns. I struggled a little to pass Savadori and then Toprak but once past them, I was able to maintain good pace all the way to the line. I’m happy, the bike is still not perfect, but we’ve made a good step and I enjoyed myself. The gap to the front was also reduced today and by the end I was closing in on Melandri, immediately ahead of me. I’m looking forward to starting P4 tomorrow, thanks to the new race 2 grid regulation. Big thanks to the team for coming here with some great ideas and a great attitude.”

“I had some difficulty in qualifying today, I’ve never been great at the flying lap and today was no different. We have good race pace anyway. I set my best time of the weekend so far today and, considering I’ve only completed four sessions at this track, it’s not going too badly. Now we’ll see what we’re able to do in the race tomorrow.” 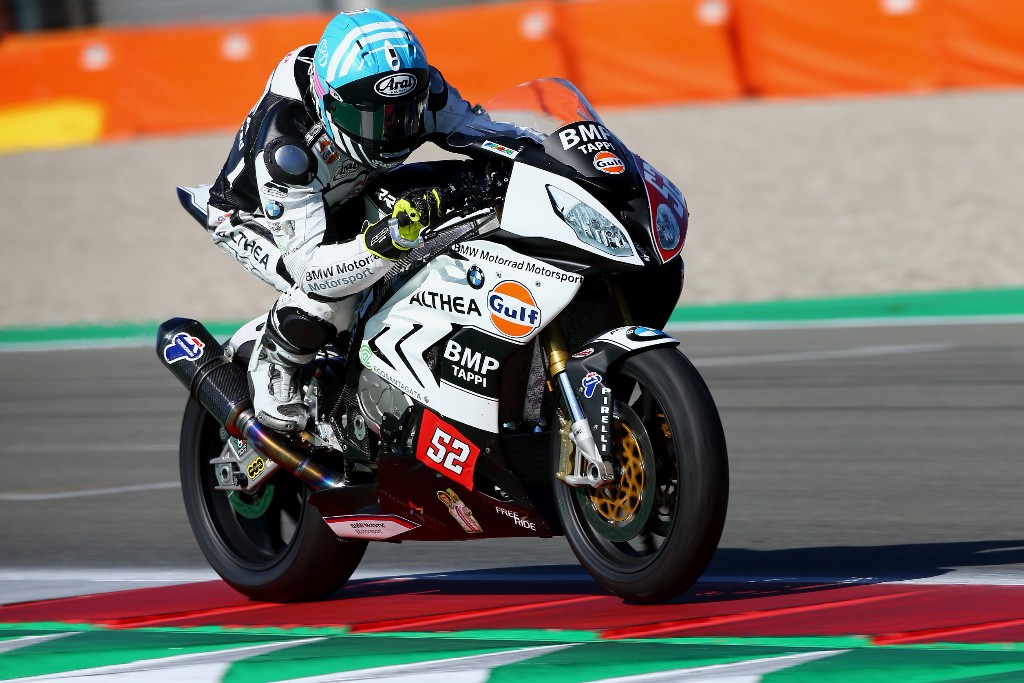