QUARTARARO 10th IN THE AUSTRALIAN GRAND PRIX. IN THE POINTS ALSO PONS WHO PLACED 15th

Both MB Conveyors-Speed Up Racing team’s riders finished the Michelin Australian Motorcycle Grand Prix finishes in the points in tenth and fifteenth place.

When the lights went off Quartararo, who started from the sixth position on the grid, lost six positions in the busy opening laps as all riders where vying for a place at the front of the rider field. The feeling with the bike is not the same as in the weekend sessions, but Fabio tried to recover positions fighting back not to lose the top ten. At the end of the twenty-five laps, Quartararo got the better of Bagnaia and Oliveira and closed the race in tenth position.

In his third race riding a Speed Up bike, Edgar Pons finished the Australian Grand Prix in fifteenth position. It is on the Phillip Island circuit that the Spanish rider confirms the excellent progress achieved only three races since his arrival in Speed Up. Also Pons’ start was difficult as he lost four positions. At the end of the first lap the Spaniard is twenty-fifth, but already from the second lap his pace increased and began to shorten the distances and to recover positions ending fifteenth the race. 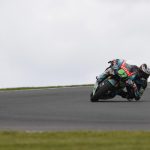 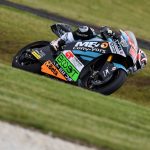 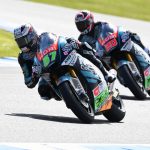 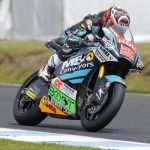 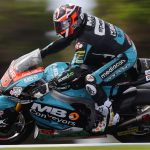 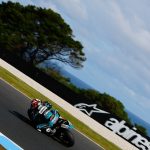 “A very difficult race today. We started with a tyre that we had never tested on the weekend and this has compromised a bit today’s result, we should not hazard such a choice because I did not have the confidence to be able to ride the 25 race laps. I made some riding mistakes and a bad start that definitely influenced the result. Now we are already thinking about the next Grand Prix in Malaysia, which Sepang is one of my favourite circuits”

“Happy for the race! It was difficult to adapt to the bike in the first two grand prix, but here we really took a step forward. We are really pleased to have reached the points because it is the confirmation that we are working well. I felt I could have ridden a good race but when starting so far back it’s never easy. I lost positions on the first lap, but then I found a good rhythm and I started to catch up. I look forward to Malaysia to continue the excellent work we are doing from Thailand so far”.