At the last race of the 2018 season, Fabio Quartararo greeted the HDR heidrun-Speed Up team with a fantastic comeback confirming the tenth position in the final classification of the Moto2 World Championship.

A few seconds from the warm up lap, an unexpected problem during the turning on of the bike forced Fabio to leave the ninth position on the grid and start the race from the last position. The lights went out, Fabio made a good start and at the end of the first lap he was already twelfth. Many crashes during the race due to the slippery asphalt for the rain fell in the first laps, but Quartararo did anything wrong and fought until the last lap by crossing the Ricardo Tormo finish line in sixth position.

Unfortunately, the young Marcon crashed out in the third turn of the seventh lap of the race. A difficult weekend for Tommaso who had to face his first Grand Prix of the World Championship in the rain, but he was able to show great commitment and dedication. 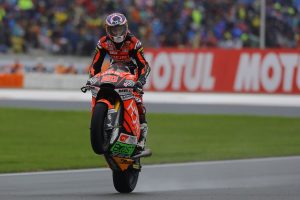 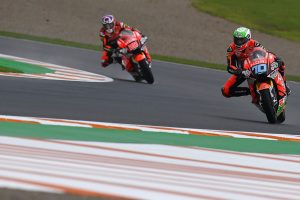 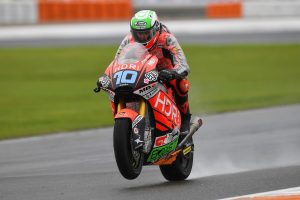 “The race was quite difficult because I started from last position, but I managed to start very well and to overcome several riders in the first lap. I managed to finish the race sixth and it was the best result we could have achieved because we did not have the potential to fight further. We closed the Moto2 championship quite well and for this I want to thank the whole team for this difficult year together and for the goals achieved, thanks very much”.

“It was a very difficult race because with the wet track there was very little grip. Precisely for this reason after half of the race I fell at turn three. I really thank the team for the opportunity given to me this weekend and for the work done together”.