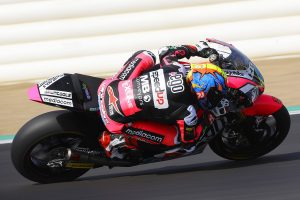 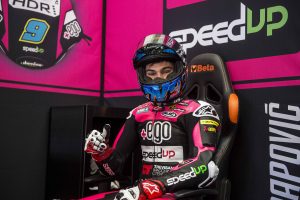 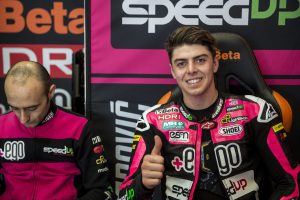 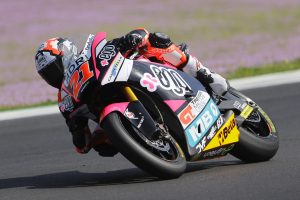 + EGO SPEED UP RACING TEAM: THE EUROPEAN PRE-SEASON TESTS ARE CONCLUDED, QATAR IS WAITING FOR US!

With the third and last session played today, the + EGO Speed ​​Up Racing team leaves Jerez with good feelings and the right conditions to do well.

In the three-day official IRTA test the tireless Navarro is eight in the combined standings with Di Giannantonio, rookie in the category, who placed nineteenth showing to be on top of this class since the first laps done on track.

The number nine of the team was among the most competitive on the race pace as well as having signed the third best time of the second day in 1’41.302.

At +EGO Speed ​​Up garage, satisfaction for the competitiveness shown also by Fabio Di Giannantonio who signed with his Speed ​​Up SF19T an excellent 1’41.763 during the first session of the third day of testing.

And now it’s Qatar time for the last pre-season test (1-2-3 March) before the resounding and eagerly awaited start of the season.

Jorge Navarro#9: “It has been a very positive test with all the riders of the 2019 grid. We have seen that there are some points where we have to improve as there are others where we are strong. In Qatar we will analyse well the collected data of these days. We realized many laps collecting important data from which we will try to get a good starting point from which starting in the next test!”

Fabio Di Giannantonio#21: “I am very happy with these three days because the more I ride the more the feeling with the bike increases. The team is doing a really fantastic job, I feel very good. I’m sorry for today’s crash at the start of the second session which has compromised the last two sessions, but I’m still happy and I can’t wait for Qatar where we will give our best in the last pre-season test. There is still a lot of work to do, but we are on the right way!”