The Lightech Speed ​​Up team ends the French weekend with flying colors and greets Le Mans with so much satisfaction for the third consecutive podium of Jorge Navarro, runner-up, and the excellent comeback of teammate Fabio Di Gannantonio, who reached the points zone with the twelfth placement. After the wet qualifying on Saturday, the technicians changed the setting of the motorbikes because, although the sky was cloudy, a dry race was ahead.

The poleman Navarro, after a good start lost some positions and on the first lap he was behind Vierge in fourth place. Almost halfway through the race, Jorge got second, determined to reach Marquez. Some driving errors took away the possibility for the number nine of the Lightech Speed ​​Up team to fight for the victory, but once again he took a well-deserved second place and the fastest lap of the race. 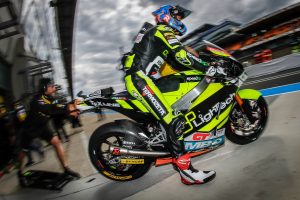 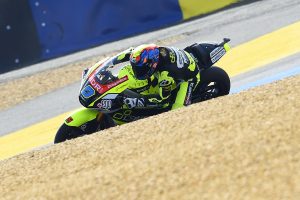 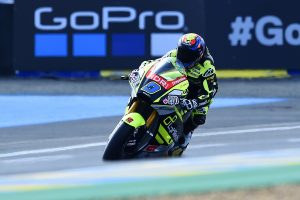 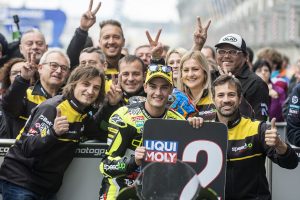 Fabio Di Giannantonio, twentieth on the grid, faced the race with the determination and the awareness of being able to compete and once again demonstrated his growth with the Speed ​​Up bike, crossing the finish line in twelfth position.

“I am really very happy about this weekend, especially because Le Mans is a circuit that has always created me some problems in this category. After the practice on Friday when we didn’t have a good feeling with the bike, I and my staff were really good at figuring out how to solve the problems and then get the pole in the wet. This morning, with a dry track, we made some changes to the setting and during the warm up I realized we could fight for the win. I’m sorry for the mistakes I made at the corner 8, without which we could reach the first position, but we still managed to finish second and take the third consecutive podium. We are super happy, twenty points more and third place in the standings!”

“I’m happy because it was a pretty tricky race and after a complicated weekend we managed to do well. Starting from the twentieth position was not easy but I did my best and managed to recover some positions. We need to work better in free practice sessions and in qualifying to try to start later and then improve especially in the first part of the race where we were a bit slow.” 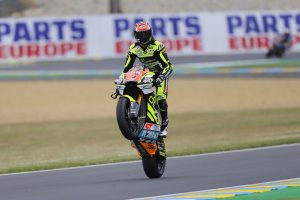 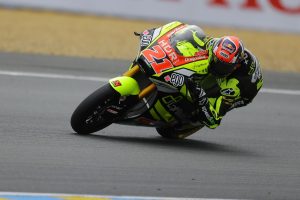 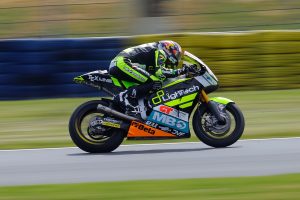 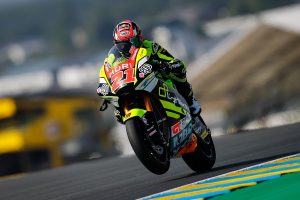 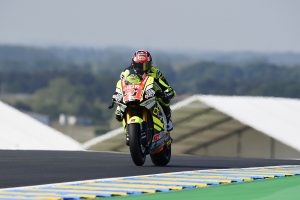