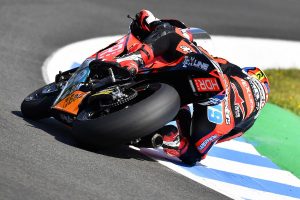 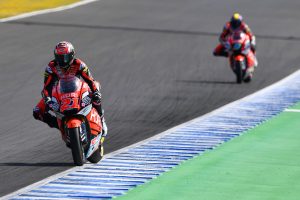 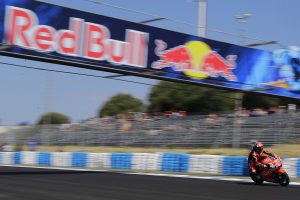 Fabio Di Giannantonio unfortunately was not able to push until the last lap due to a problem at the front but he was nevertheless able to lead a good race by crossing the finish line in twelfth position showing throughout the weekend that he could be competitive. 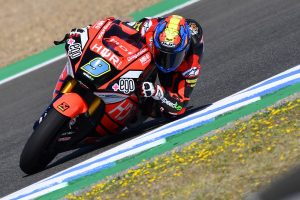 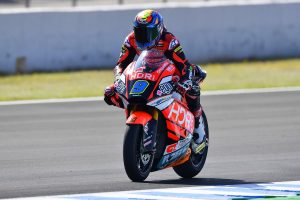 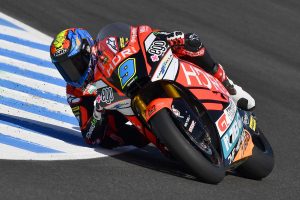 Two starts for the race due to a dramatic crash of multiple riders at the start, but without serious consequences. The riders immediately returned to the pits after the “red flag” preparing to leave in a short time. In the meantime, the Race Direction announced that the race laps will be 15. 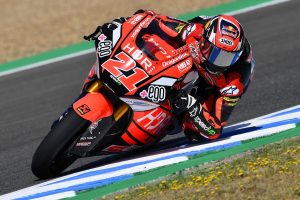 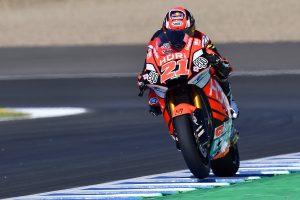 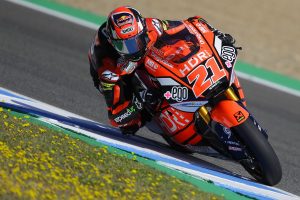 When the traffic lights went out, Navarro missed the start losing four positions and immediately after he started recovering positions until the second place that crowns the almost perfect weekend of Jorge Navarro and all his staff.

“An almost perfect weekend! I am really happy with how we worked, with a couple of extra laps we could have fought for the victory but in any case we are satisfied with this podium. I must say that it’s always exciting to race here in Jerez. I thank the guys in the team for the work and support they give me. See you in Le Mans!”

“A huge shame because we had a perfect weekend and in the race we could have done a lot much better! We believed it a lot because we all knew that we could aspire to a different position. Unfortunately we had a small problem at the front because of which I could not push more by turning almost a second slower than the other sessions of the weekend. Too bad, but let’s take the positive this weekend with the awareness of being faster, to have taken another step forward and get excited in Le Mans. The day after tomorrow we have a two-day test in Aragon where we will find some important solutions for the next races!”