The HDR Heidrun Speed Up team finished an almost perfect weekend at the Catalunya-Barcelona circuit.

Fourth on the grid, Jorge lost three positions at the start and up to the fourth lap he was seventh. He did everything not to lose the leading group and with some overtaking after ten laps he was fifth behind Fernandez. His determination and a great pace in the final stages were key to him taking a welldeserved third place, which led him to take back the third position in the general classification. 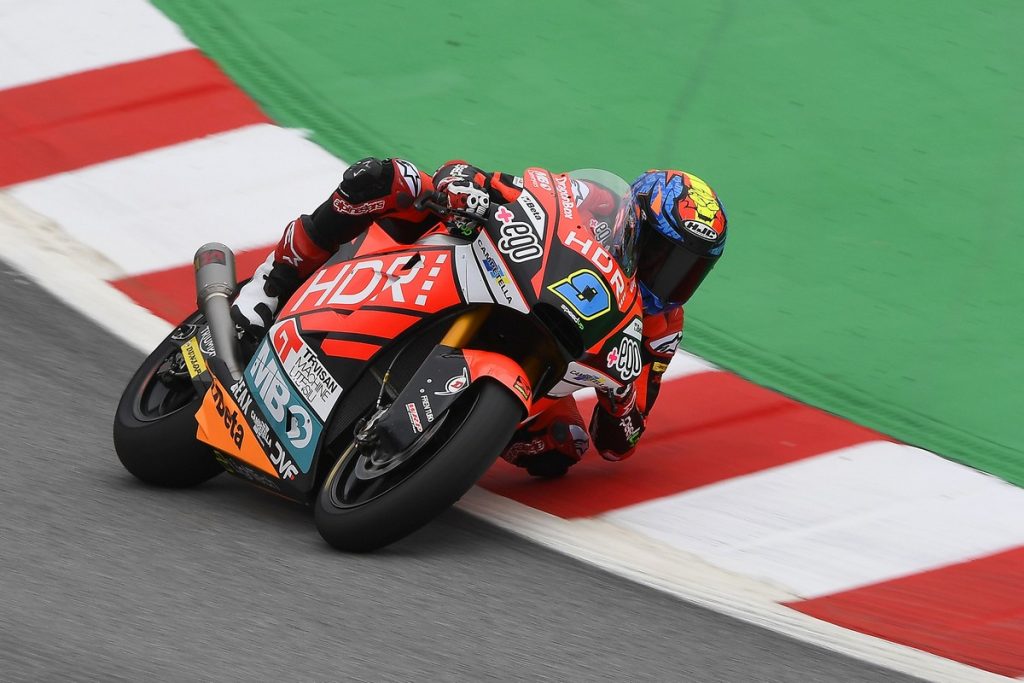 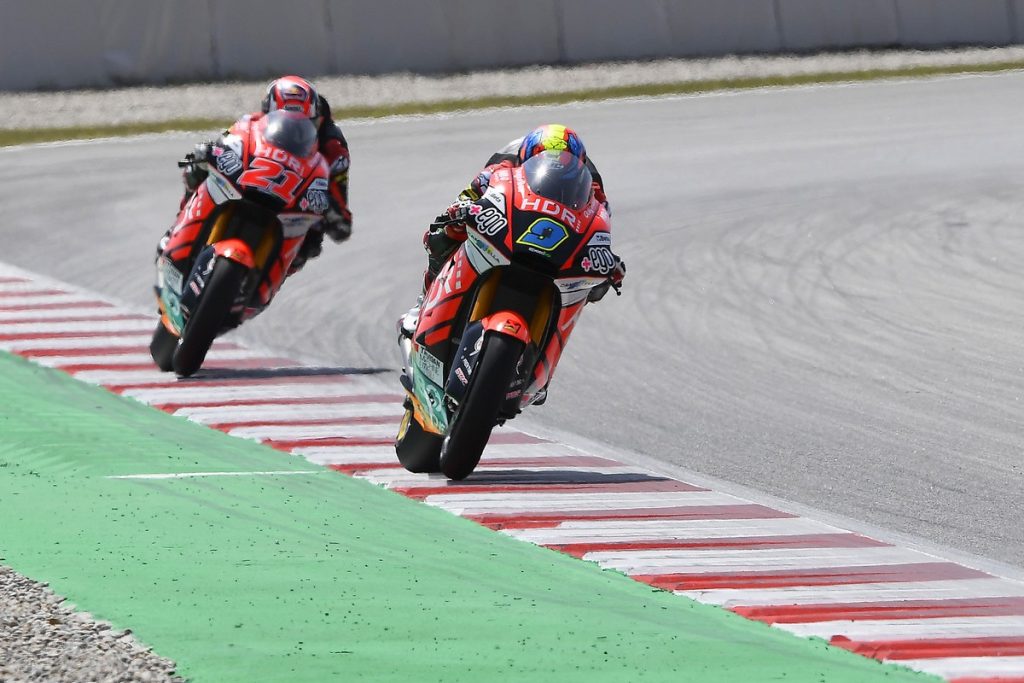 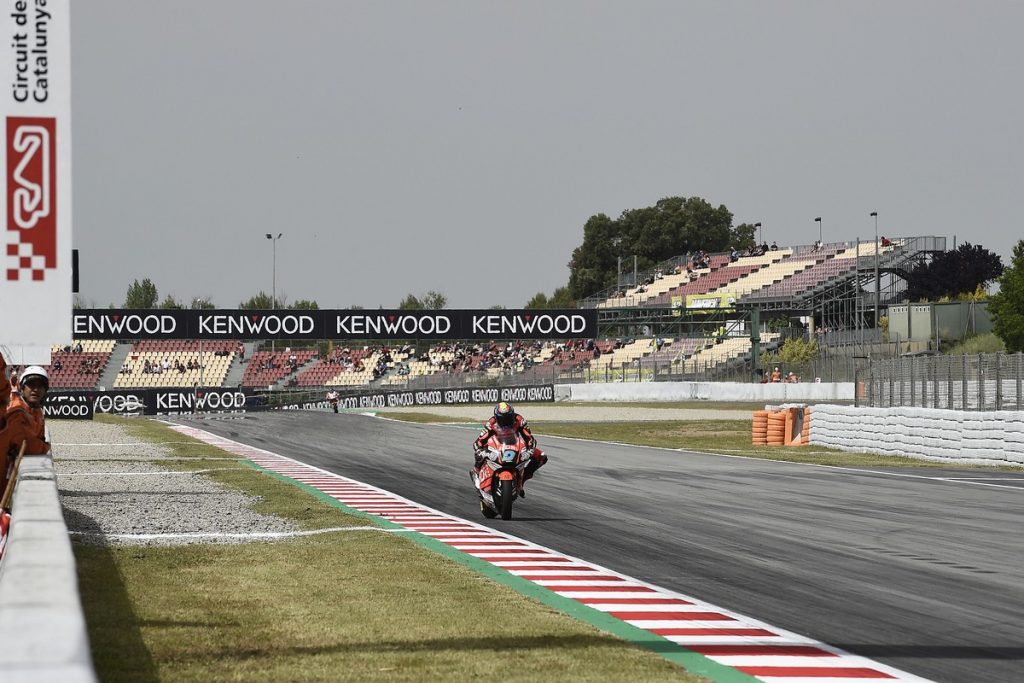 The rookie of the team lost the possibility to step on the podium but once again he amazed everyone. Excellent start for Fabio Di Giannantonio who from fifth on the grid immediately gained a position and he was fourth behind Lowes at the end of the first lap. The Roman rider advanced one more position, the pace was good and on lap 10 he was third behind Marquez and Luthi. Unfortunately, in turn 10 of lap 11 Fabio crashed out and ended the fight for his first podium in Moto2 career.

“We had a really good weekend, I’m very happy. We had left the Mugello with problems of feeling but here I found what I was looking for from the first day. The race was defined by small details but now we know the things we need to improve, especially the start of the race when we have a full tank and when we are at maximum speed to be able to pass our rivals more easily because today we were a bit limited . I want to thank the team, my family and all the people who came in this incredible weekend. And now the Netherlands is waiting for us!” 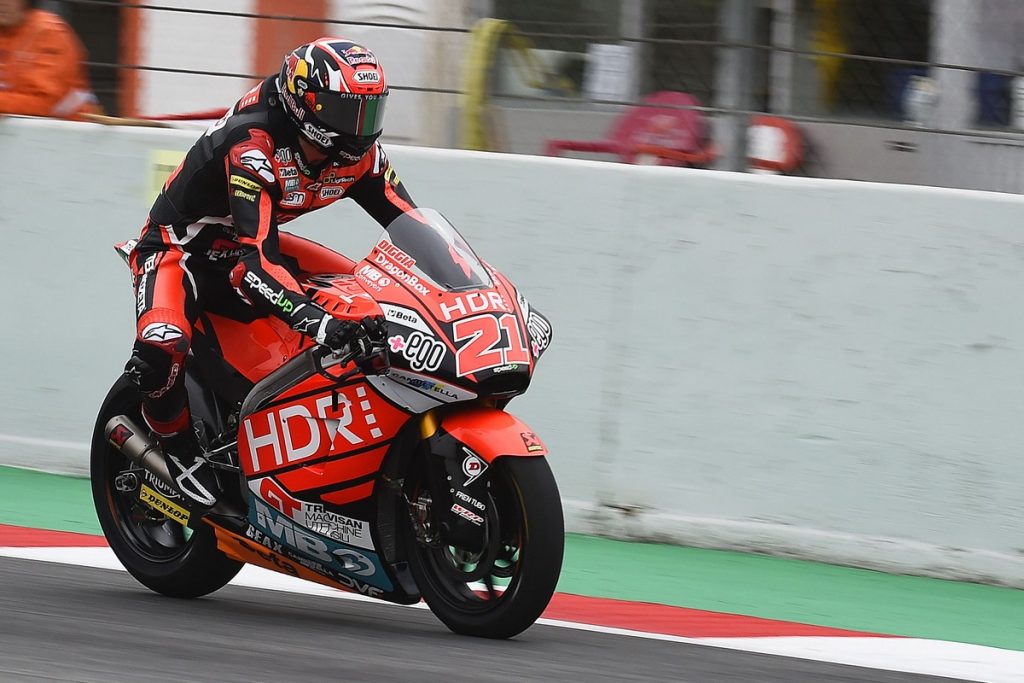 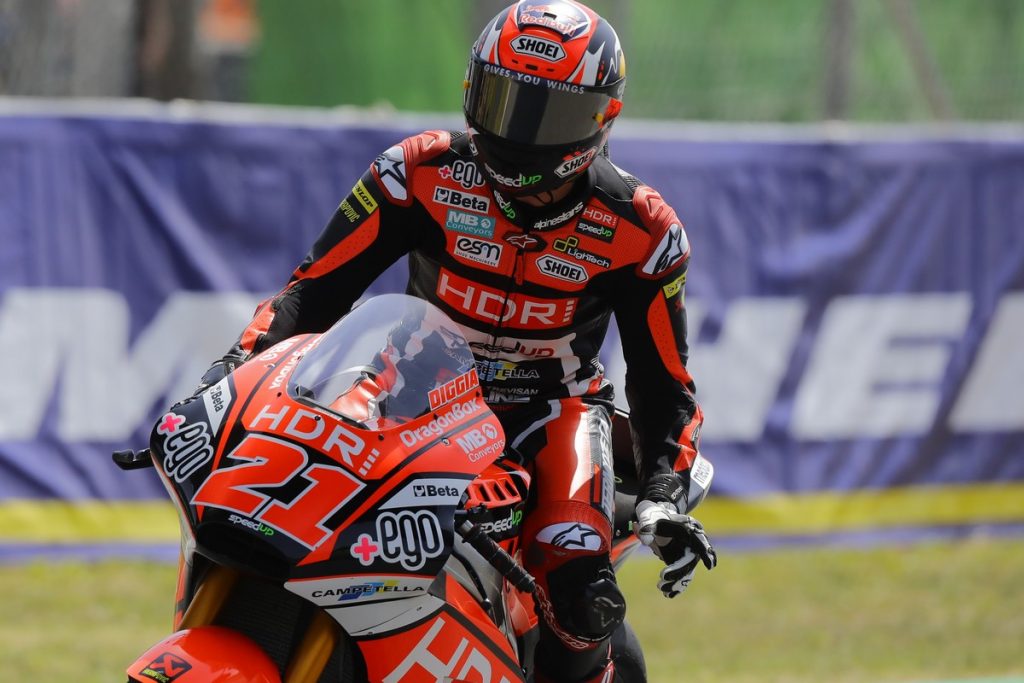 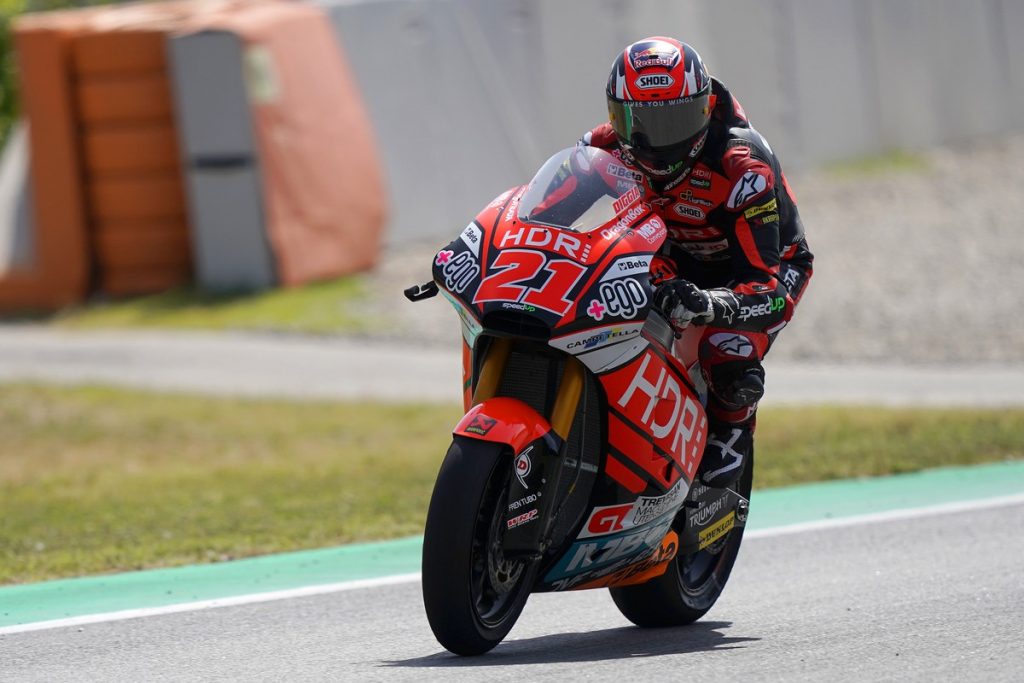 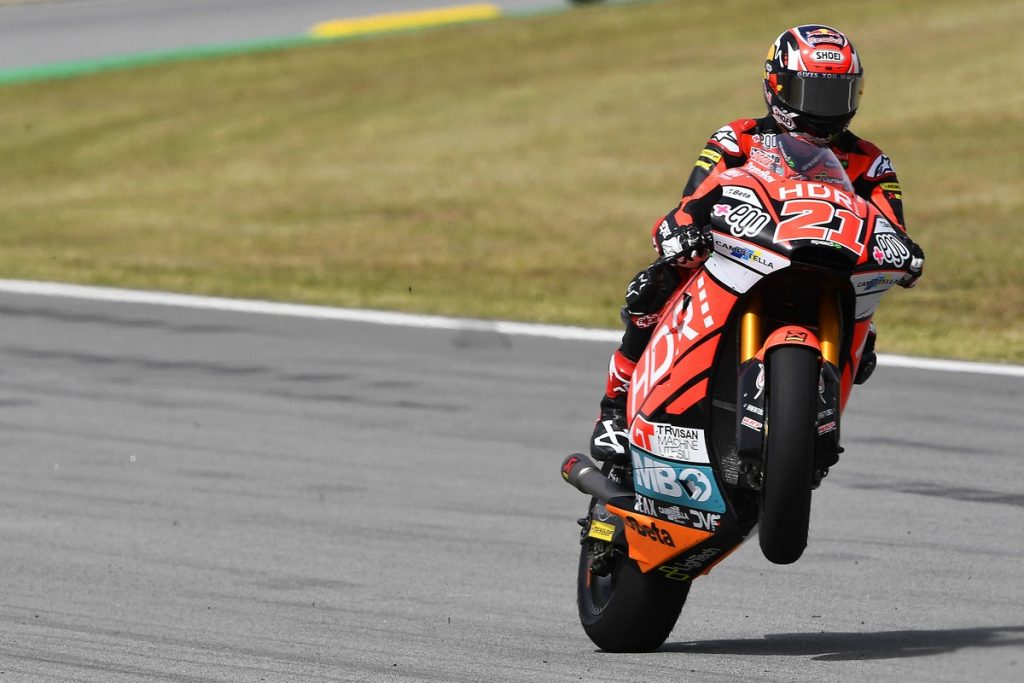 “After the good start we did well on the first lap too, I got touched with Marquez and Bastianini at turn 1 but I had not lost positions. Then I started overtaking, first Lowes, then Fernandez and I found myself behind Luthi and Marquez and I felt good on the Speed ​​Up bike, I felt I could finish the race well. Unfortunately, on lap 11, I made a slight mistake and I crashed. We leave this weeekend sorry for the crash but happy with the steps we are taking forward. We have shown that we can stay with the first. Many thanks to the team for the excellent work we are doing together!”