NAVARRO FLIES ON THE SECOND STEP OF THE BRITISH PODIUM. DI GIANNANTONIO SIXTH TO THE FINISH LINE 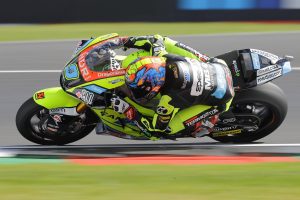 At Silverstone comes the seventh podium of the season for Speed ​​Up which climbed to the second step of the British Grand Prix after a great race by Jorge Navarro. Sixth position instead for Fabio Di Giannantonio who also showed determination and constant growth this weekend. 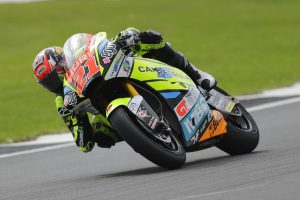 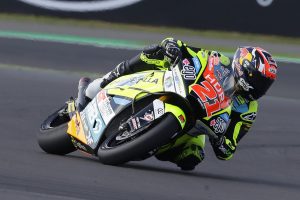 Di Giannantonio concluded a very positive weekend with an excellent performance. Eighteen laps giving the maximum until the last one in which he overcomed Baldassarri taking the sixth position. 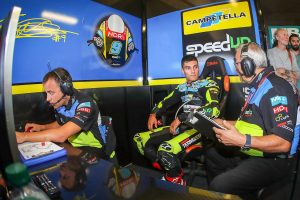 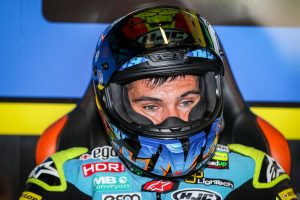 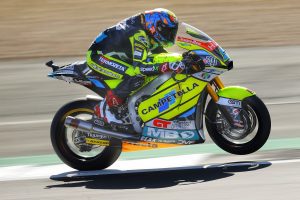 “I’m really very happy about this weekend. We have been competitive in all sessions, taking first or second. Finally I made a good start without losing any position. The conditions were different from yesterday in fact we were missing 3-4 tenths, the feeling was not the same and not even the rhythm but in any case I gave the maximum in the race. Surely all this has influenced, especially in the last laps when Augusto had a few tenths more than me. It was a good race, I am really happy with this sixth podium!” 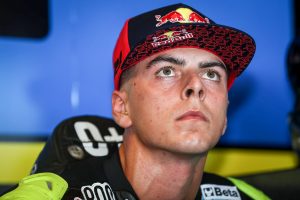 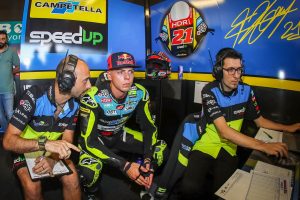 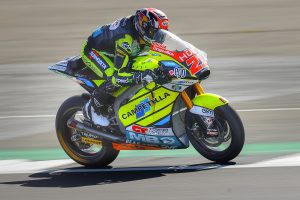 “A great weekend, I’m happy to have finished the race in the top ten next to the first ones. We started well gaining positions immediately, then we found some difficulties towards the end but every race is in itself and I am happy with the sixth position because we have shown that we are there. I suffered a little from the lack of front grip and having fought with Baldassarri until the last lap confirmed that we can still improve a lot. Go on like this, we can’t wait for Misano!”