GRAN PREMIO VALENCIA: NAVARRO UNRESTRAINED STEPS ONTO THE PODIUM EVEN IN VALENCIA AND CLOSES THE CHAMPIONSHIP IN 4TH POSITION, DI GIANNANTONIO WINS THE ROOKIE OF THE YEAR TITLE

From Valencia, that’s all. The last Spanish stage that marks the end of the Moto2 World Championship has just ended. The MB Conveyors Speed ​​Up team wanted to make a mark and succeeded. 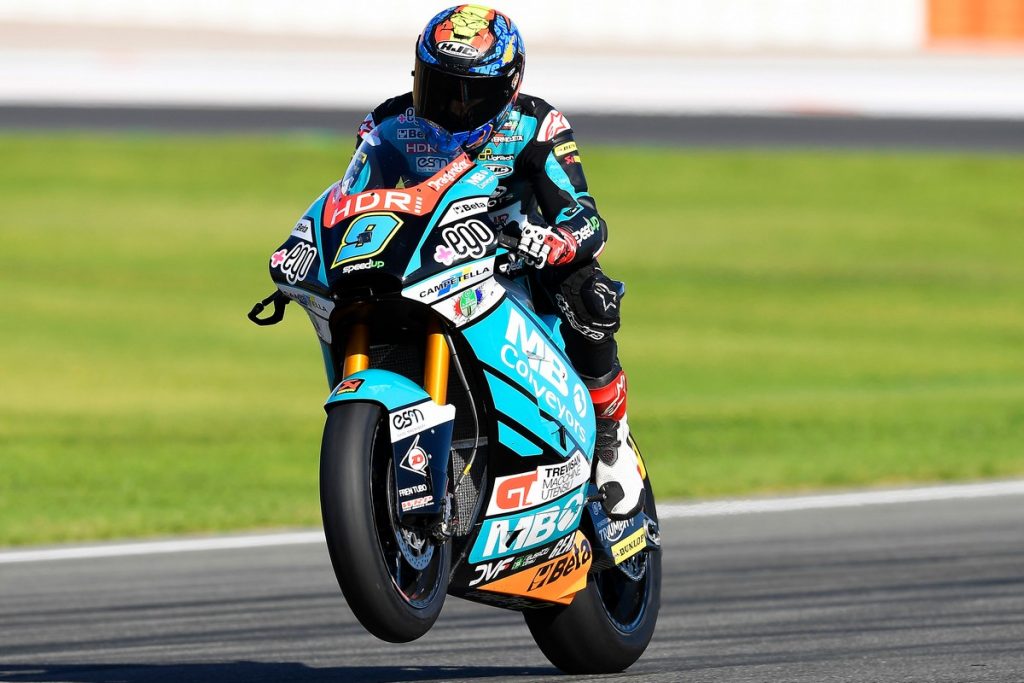 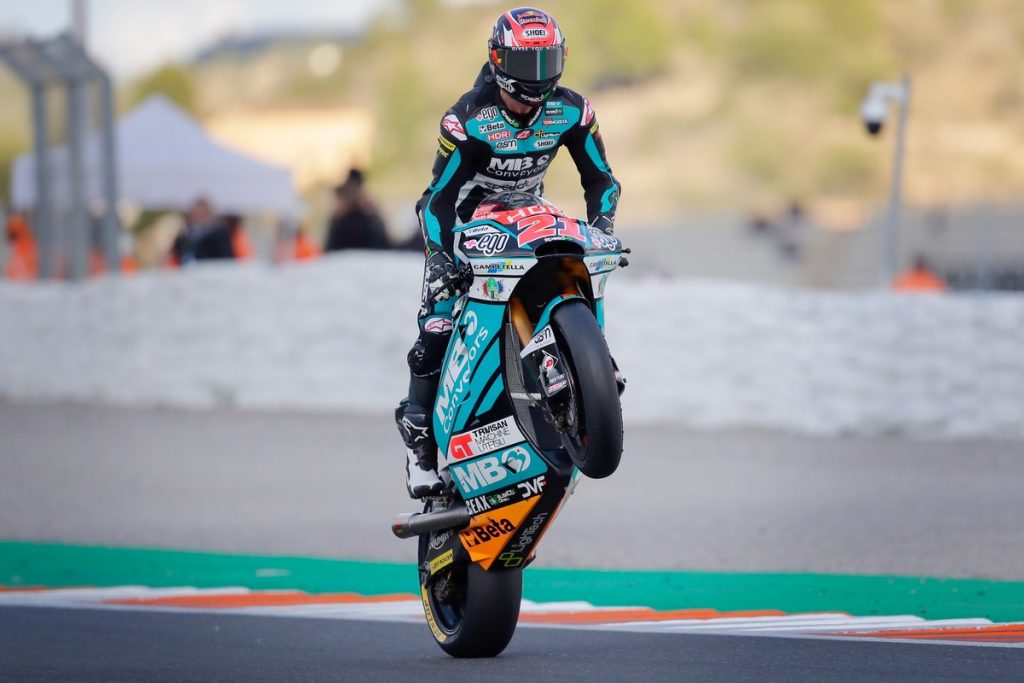 Uncontainable Navarro, who played at home and cleverly conquered the pole position. In the race, he held third place lap after lap, and when in the end he was overtaken by Manzi, he just didn’t fit and pushed it all until he regained the third position and the podium. 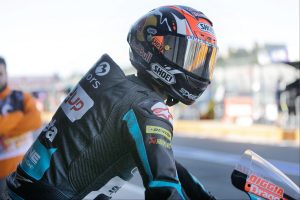 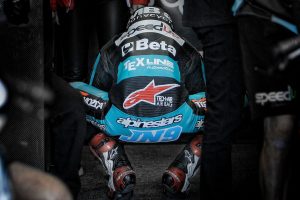 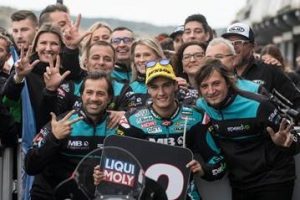 Fabio Diggia is also gritty. In the race he danced from eighth to 10th position, resisted and closed ninth among the applause of the public. For the SpeedUp team it is time to sum up a very positive and determined season, closed in third place with 259 points in the constructors’ classification and fifth with 334 points in the team standings. Jorge Navarro closed fourth the 2019 moto2 championship standings with 226 points, with 8 podiums, 4 second places (Gp Spain; Gp France; British Gp; Gp Aragon) 4 third places (Gp Americas; Gp Catalunya; Gp Austria; Gp Valencia) and 4 pole positions (Gp Spain; Gp France; Gp Australia; Gp Valencia). 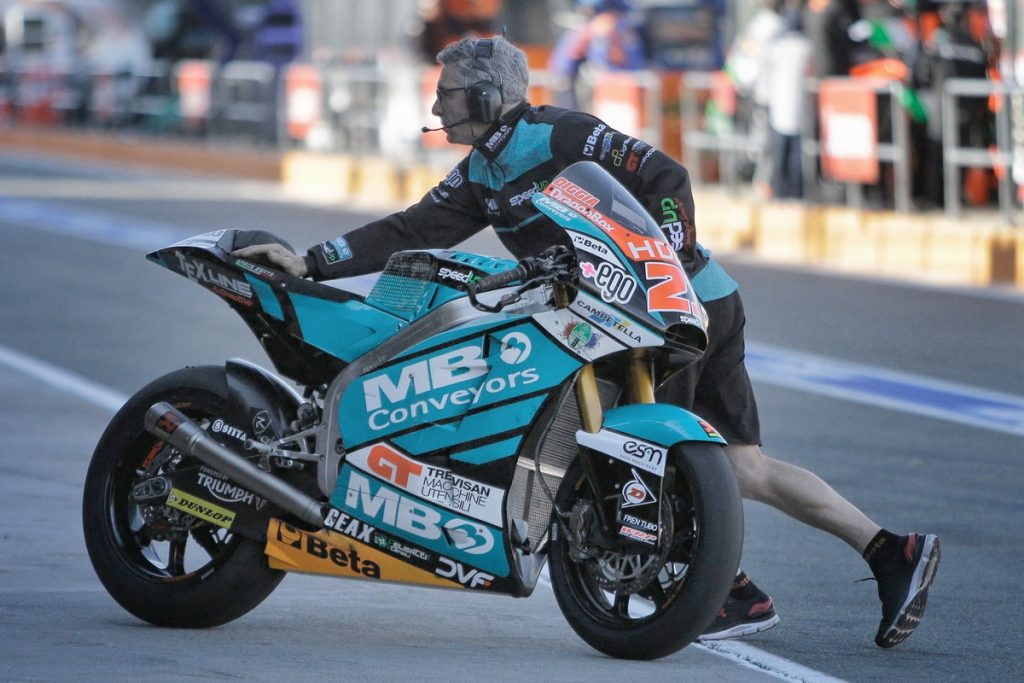 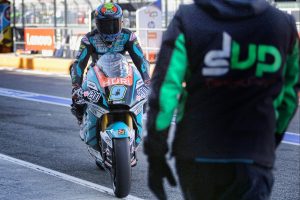 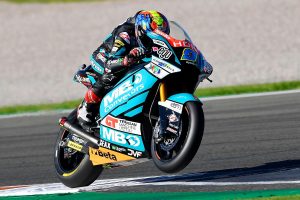 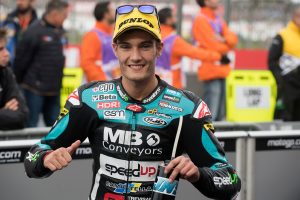 “A difficult race today, but we are satisfied and happy to finish this 2019 with another podium, especially here at home. This morning in the warm up we had finalized those details that we missed yesterday and the feeling was great, I felt good over the bike and already in my head I knew we could have fought for the victory. In the race, however, the conditions changed, there was wind and I suffered problems at the front when I turned, the feeling changed and I couldn’t push more. However very very happy and I want to thank the team for the trust in me this season and for the great work we have done together, from pole positions to podiums all. It has been an incredible year and I hope the next one can be even better!” 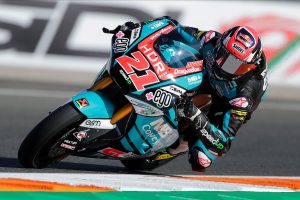 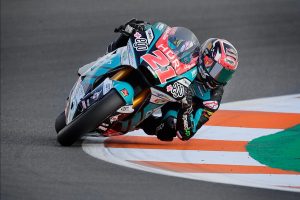 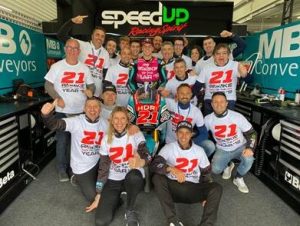 “Amazing day, I am Rookie of the year! Today in the race I didn’t push that much because I knew it would have been enough to control the positions of Bastianini and Martin to be Rookie and so it was a race under management, however, in Top10 with a good performance. Very happy! Thanks to all the guys in the team, to all my team and to the sponsors for this first step done together this year. Daje!”