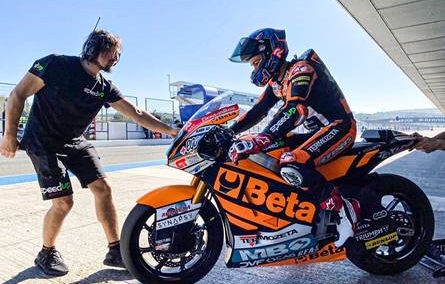 Riders and team in the best shape in the two-day test on the Spanish circuit which kicked off the pre-season tests of this 2020.

In Jerez de la Frontera just ended two days full of news, enthusiasm and intense work for the SpeedUp team. Navarro and Di Giannantonio got back out on track, ready to put themselves to the test after the long winter break spent training hard.

The Speed Up team riders dedicated the first part of the test to the new tyre introduced by Dunlop, adapting driving and setup in order to make the most of the new proposal.

The following day the two teams resumed their work focusing on the race pace. The Spaniard finished the test in fourth place further lowering his time in 1’41.830, 132 total laps, but the constant and fast race pace is striking. 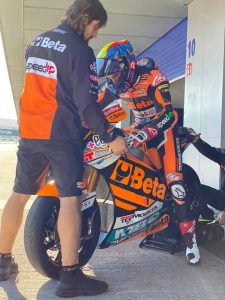 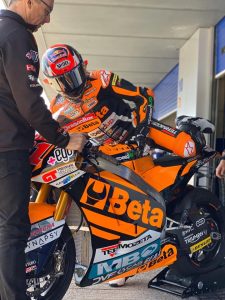 Di Giannantonio also shot down the 42’s wall with the time of 1’41.913, placing himself sixth and also confirming a high pace during the two days using only hard tyres.

The team will be involved in 2 other pre-championship tests, both official (Jerez 19/20/21 February; Doha, Qatar 28-29-1 March) in view of the first Grand Prix of the Moto2 2020 Championship, which traditionally will take place Sunday 8 March at the Losail circuit, Qatar. 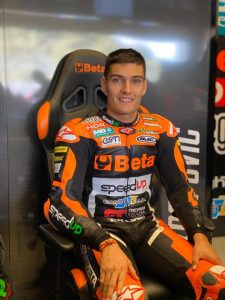 Jorge Navarro #9: “Finally this long wait is over! It was an intense winter in which I was able to work hard on myself physically, technically and mentally. I analyzed the points to improve in this 2020 and I am happy that the team has also worked hard focusing precisely on the weaknesses of last season.These two days of testing were very important because after the long break I returned to having excellent sensations on track with my SpeedUp bike. The approach with the new Dunlop front tyre was good, it was not easy initially but we managed to understand how to exploit it as much as possible by finding excellent setting and riding solutions. The pace was good, we worked hard on the race pace and the results were satisfactory to say the least. Other tests await us before the start of the championship, we are ready to give our best”.

Fabio Di Giannantonio #21: “Very positive first test of the season! I was excited and ready to go after a past winter without getting on the bike and I must say that it always has a certain effect on me. I missed the asphalt, the speed, my team but finally we have started again! We worked well, two days in which we tried to improve the aspects where we sinned last year and we improved a little bit but above all we understood where to improve in the next pre-season tests. We went fast and so I can’t wait to go back to Jerez next week to continue the work we have started”.