1st EVER PODIUM FOR THE LCR E-TEAM IN MISANO 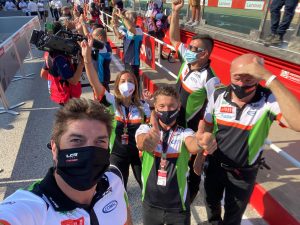 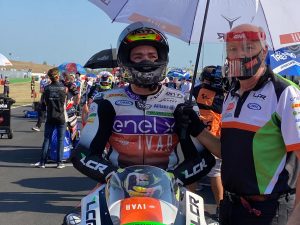 The LCR E -Team rider profited from the front row start and produced his first podium finish since he joined the team in 2020, which is also the first ever podium for the team in this category. 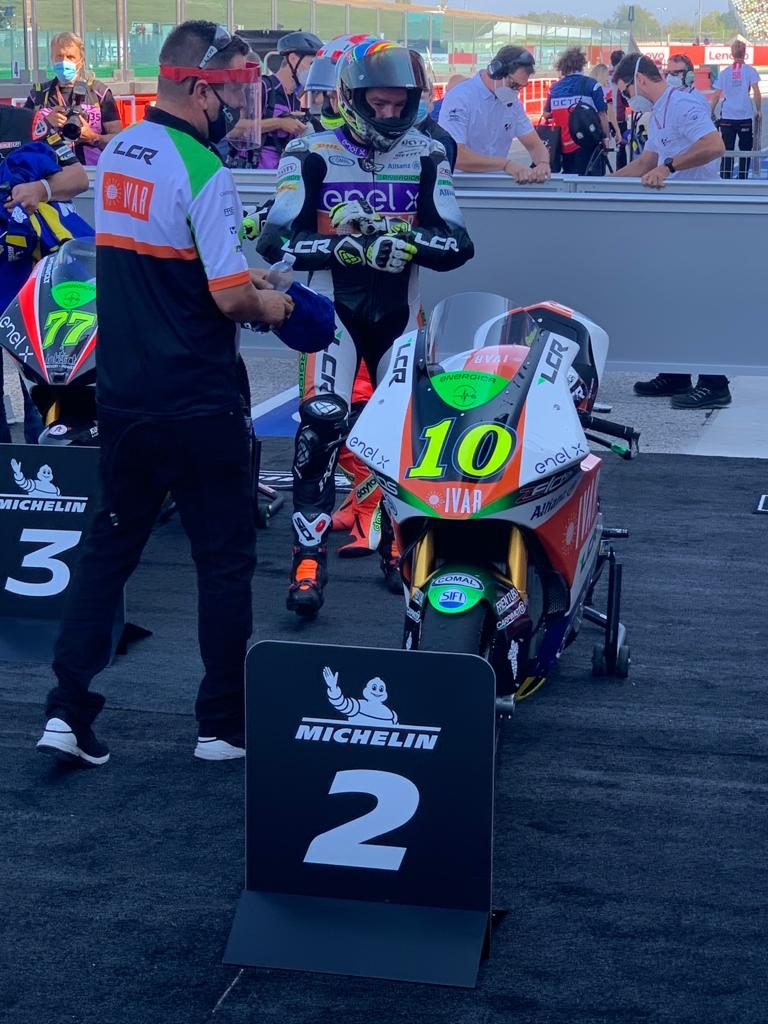 Starting from 6th on the grid, Niccolò Canepa was able to move through the field but not quite at the rate he wanted, claiming a luck of feeling with the new Energica bike that was given to him on Saturday. In the end, the Italian rider finished in the 11th position but feels confident he’ll be able to make better results next week. 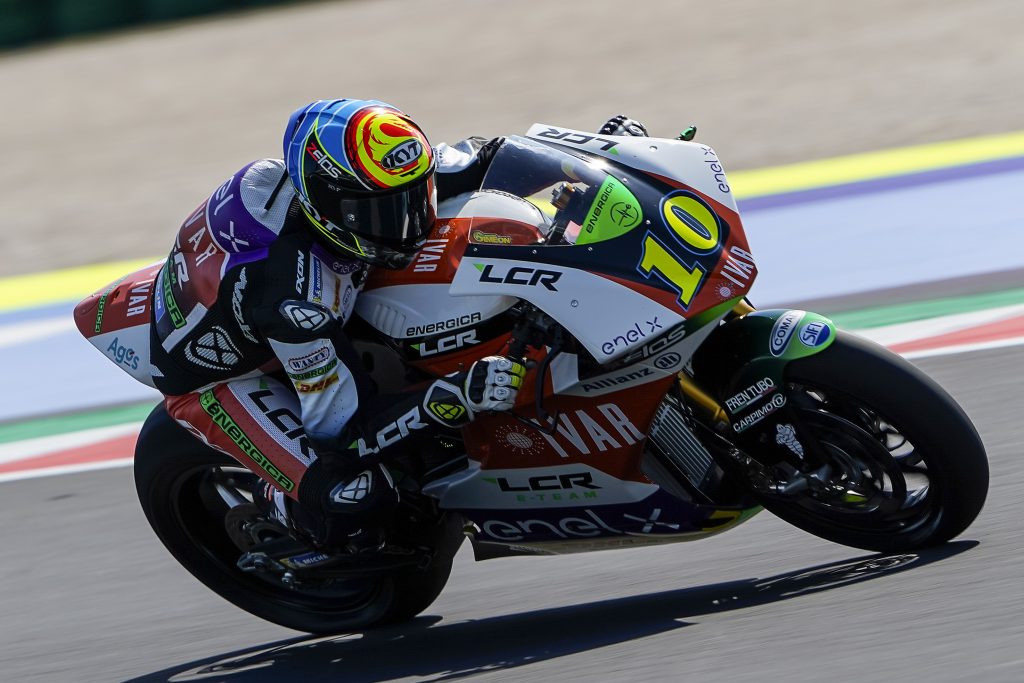 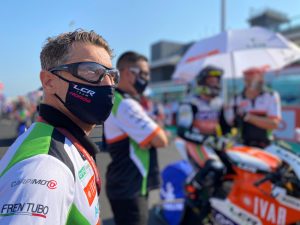 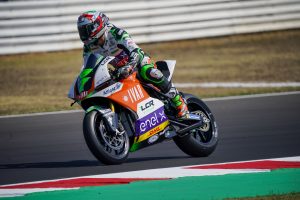 “I am very happy because it’s a very good result for me and for the team. On Friday, we were not so fast like in Jerez but like I said yesterday, we did a big step on the bike and starting from the row is a big advantage and we could take benefit of it.

I think we did a very good race. I had the pace to win, but when I tried to pass Cassadei I did a small mistake, I couldn’t pass directly in and Ferrari attacked me right after this, so I lost one position. But I could recover 2 seconds and come back to Ferrari. Anyway, I am very happy, the bike is a lot better, I feel a much more comfortable. We will try to make some improvements for next weekend, and we’ll try to repeat it but with one less position.” 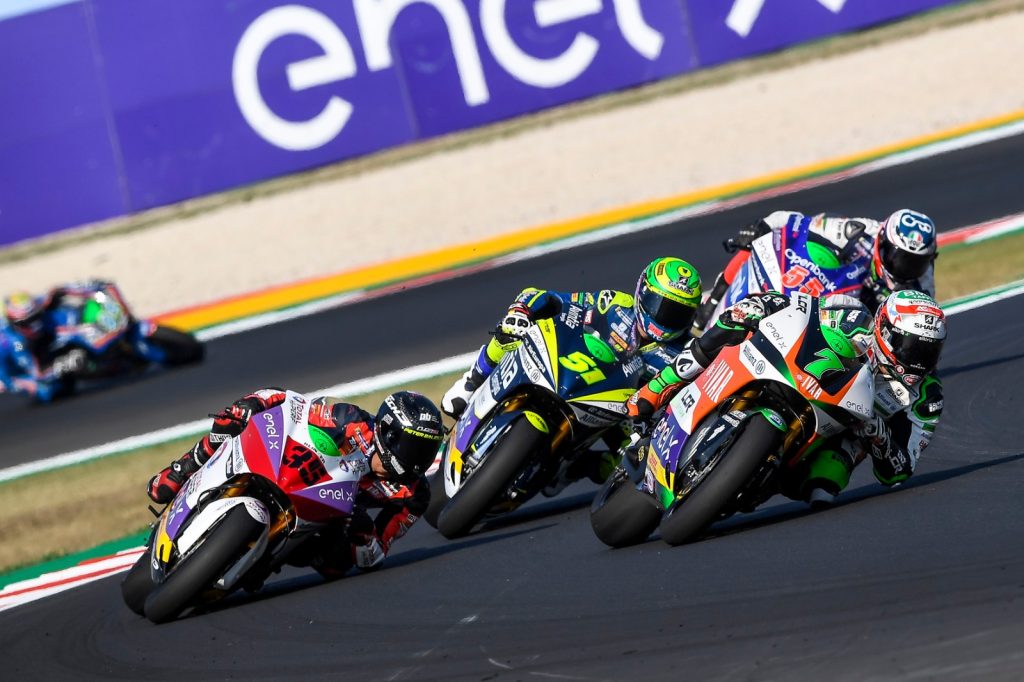 “I tried my best but unfortunately, I could only do one proper fast lap with the bike on the E-Pole because in the first session I had a technical issue with the chain and in the second and third session, I felt some issues with the chassis.
The team organized a brand new spare bike for the E-Pole and I was really happy but we couldn’t make any kind of set up because I had no laps on it. It was impossible to improve the bike.

Anyway, we took a lot of information during the race and I noticed that in the last 4 laps I have the same lap time than Xavier. I just missed the first couple of laps because of the feeling that I didn’t have and because the setting that was not the correct one for this circuit.
Luckily, there is one more race next week. I will try to do my best and get a good result as the team deserves because I think we did not make any mistakes this weekend. We were just really unlucky with the wrong bike for 3 sessions.” 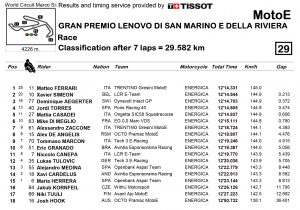