The second race, in a double-header at Motorland Aragón, Alcañiz, provided emotions, breathlessness and triumphs. The LighTech Speed ​​Up Team closed the twelfth round of the 2020 world championship with another podium for Fabio Di Giannantonio, second at the finish line and the fifth place for Jorge Navarro. 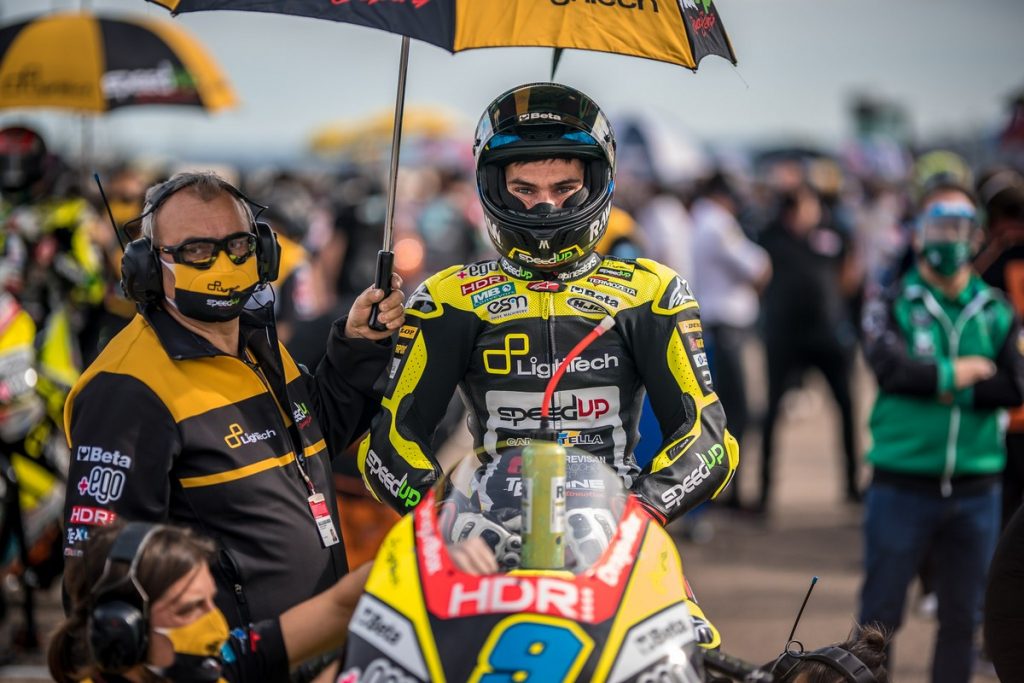 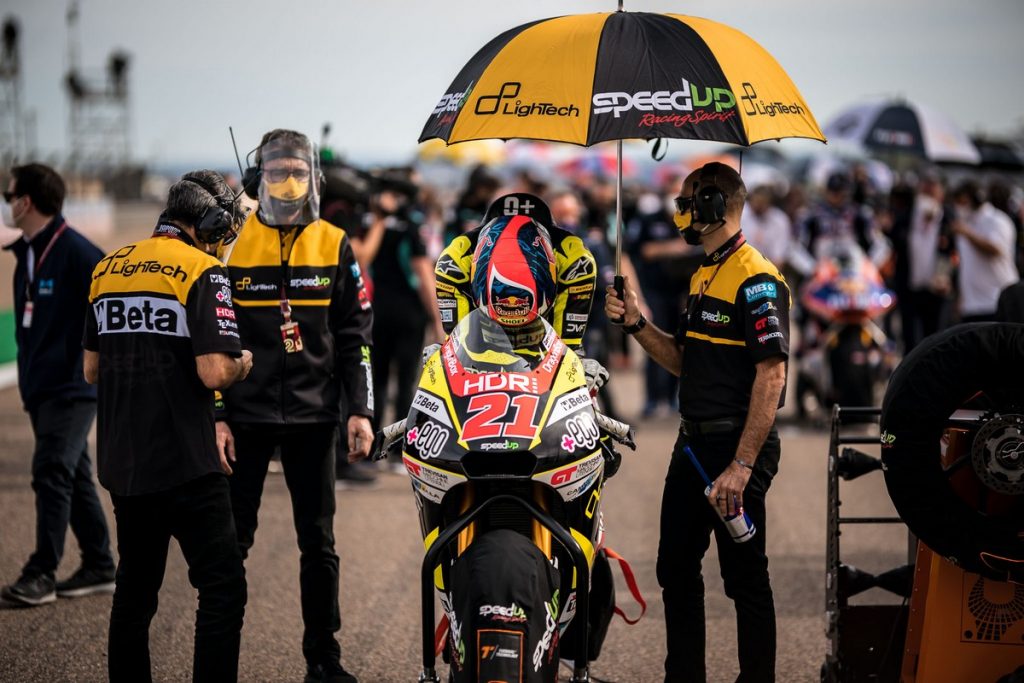 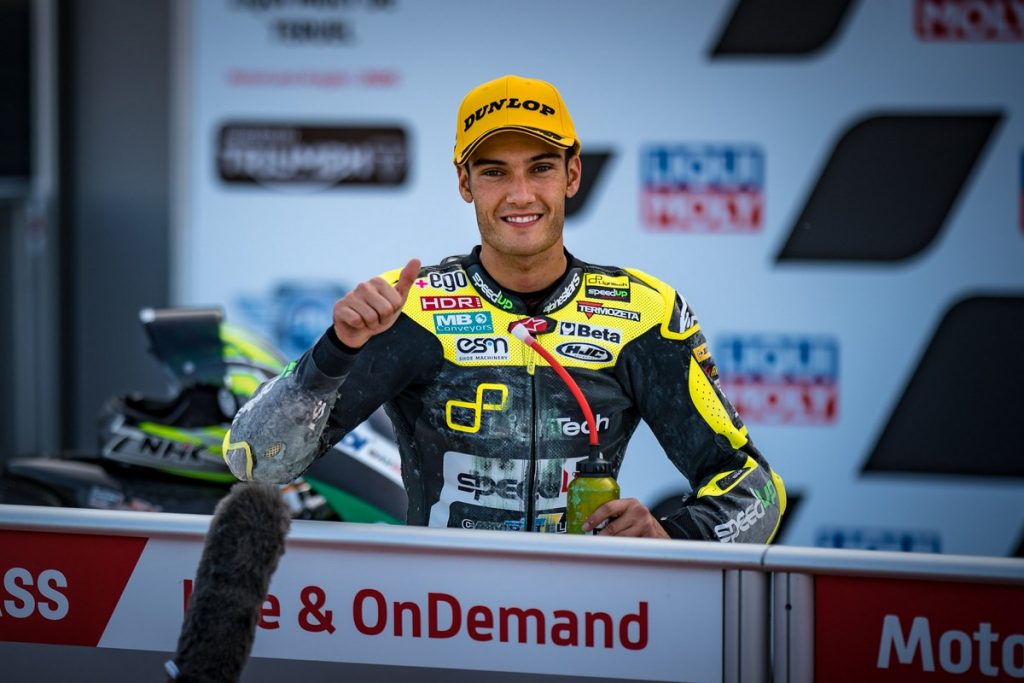 Race: Fabio made a good start, moving from p4 to p2 behind Lowes after a few turns. From there, with a fast and stable pace and with a lot of tenacity Diggia ended the 21 laps of the race with a well-deserved second place on the podium of the Gran Premio de Teruel. 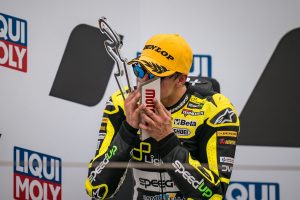 The start played a bad joke on Navarro who from second position found himself in tenth place. On lap 2 Jorge ended up in the last place of the group he was in until he managed to find stability and thus began his comeback. From p15 he recovered ten positions crossing the finish line in fifth place. 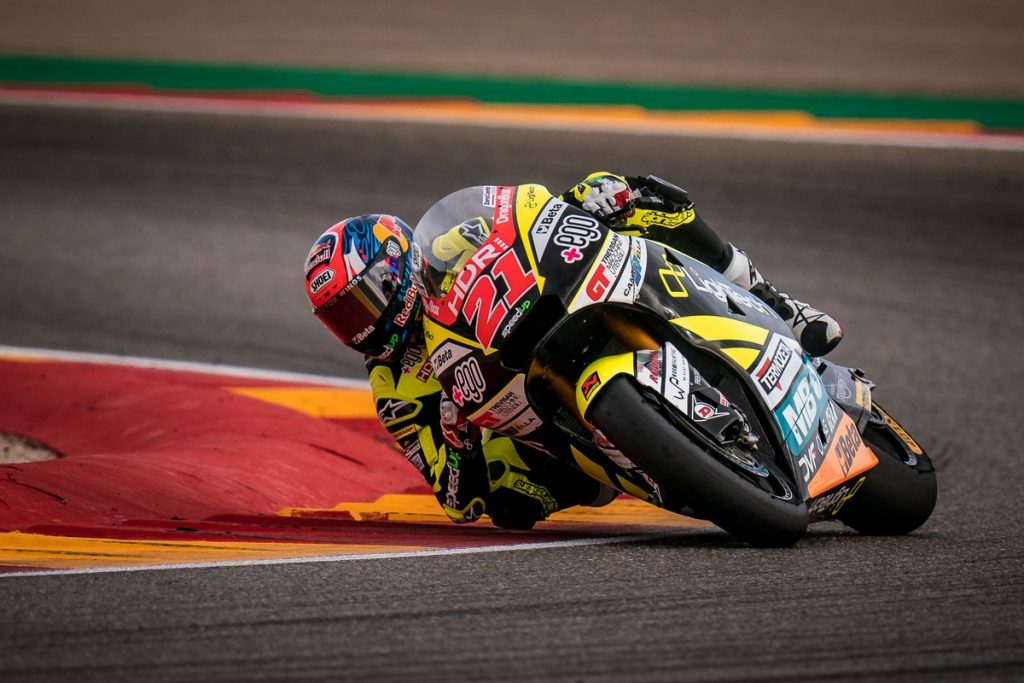 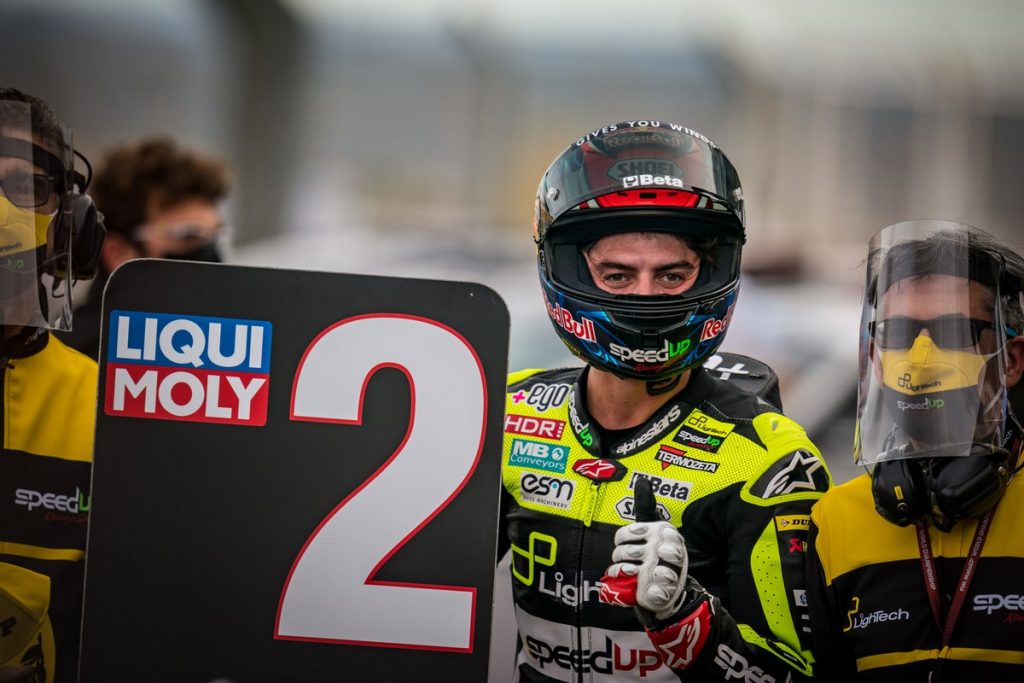 “I would say we got back last Sunday! We had a great weekend where we actually struggled a bit with the arrival of the softer tire in the back, but in the end we always improved and were always fast. In the race, I made only a small mistake at the beginning but that didn’t affect anything. Sam certainly had something more today, but my pace was also very good until the end of the race. So well, very happy and happy also with the guys who are working very well. And now everything about Valencia, looking for the win!”. 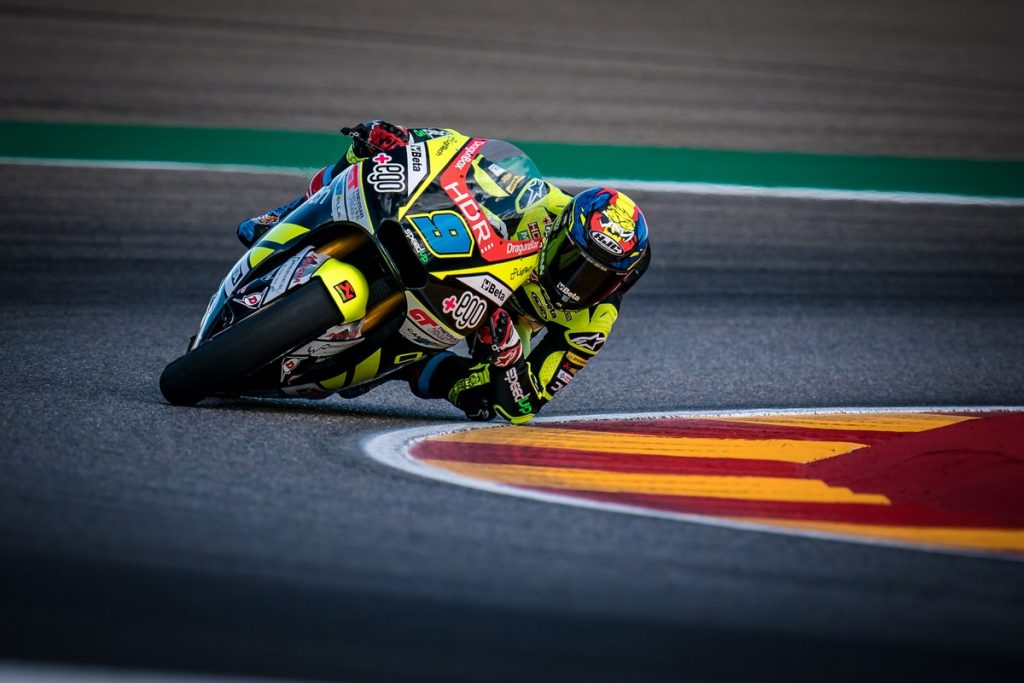 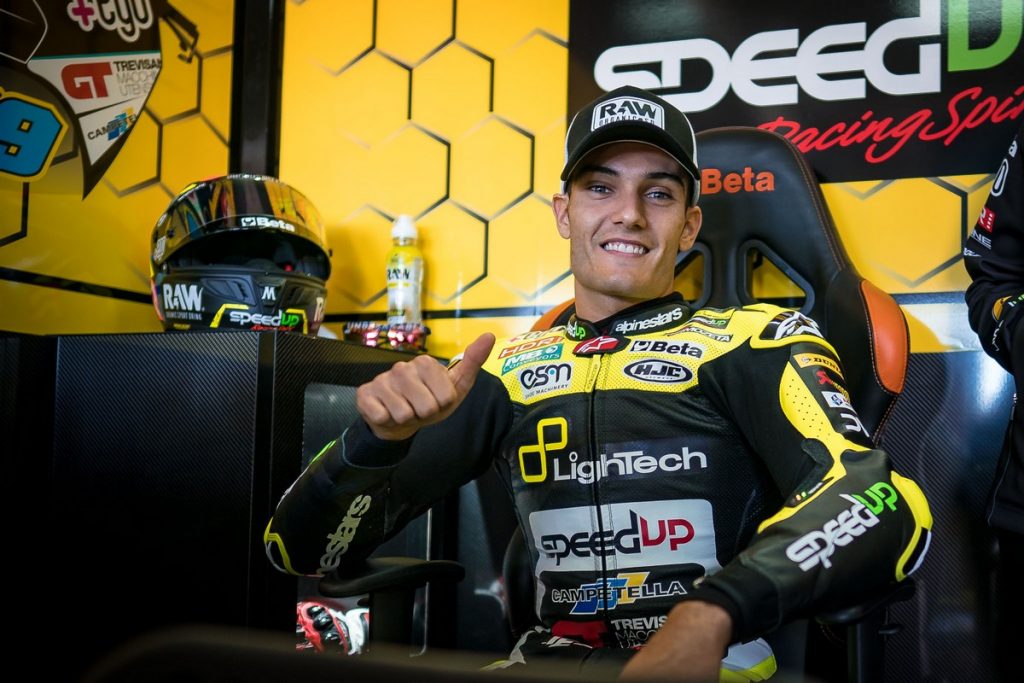 “The truth is that I am very sorry not to have fought for the podium because I felt fast and strong all weekend, but at the start and then on the second lap I lost all possibilities. When I managed to find my race pace, I started to recover positions up to p5. Definitely a bitter sweet Sunday because we worked well, the sensations were good but the result was not what we expected. We will continue to work in this way, there are still three races left in which we can do well!”.